Junichi Hakoyama seems to find beauty in this minimalist darkness. A simple crossing becomes an artful masterpiece, a seemingly boring staircase is transformed into a sculptural form. Light and shadows are the only companion of this solitary silhouette who looks like a moving scultpure walking somewhere in the frame. 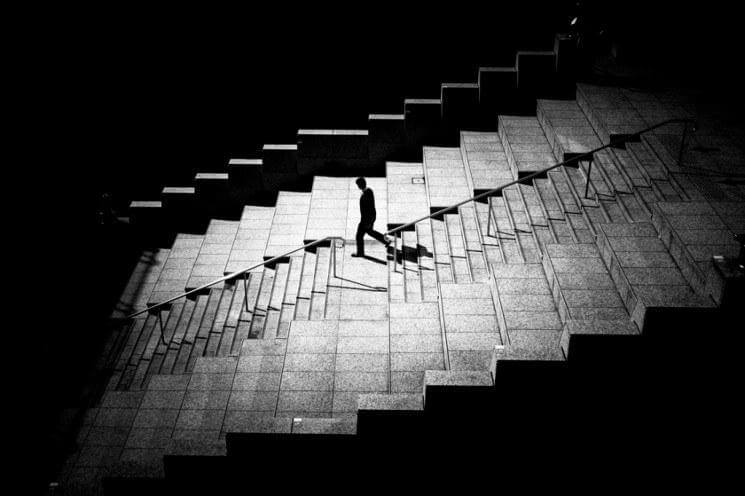 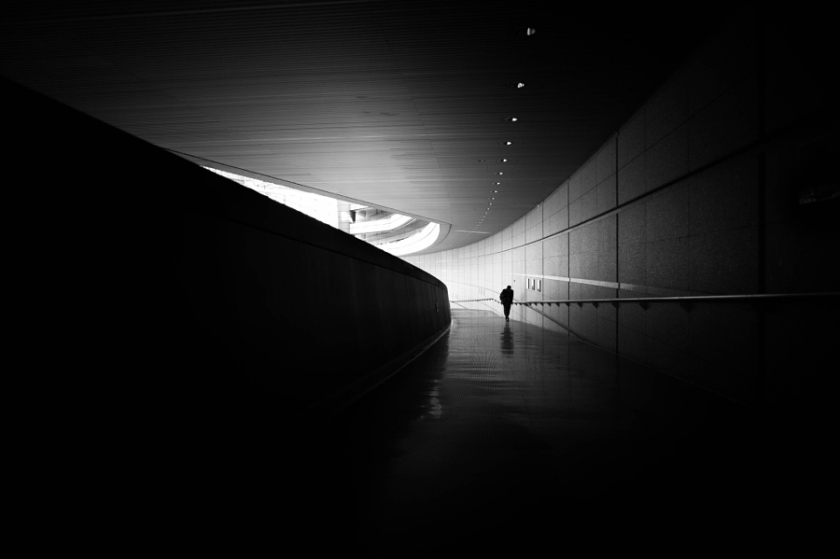 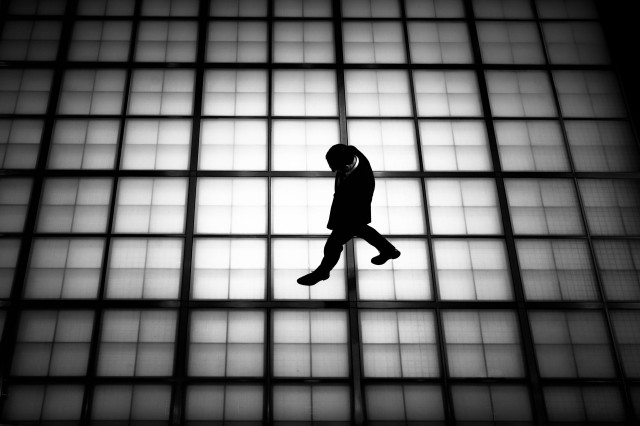 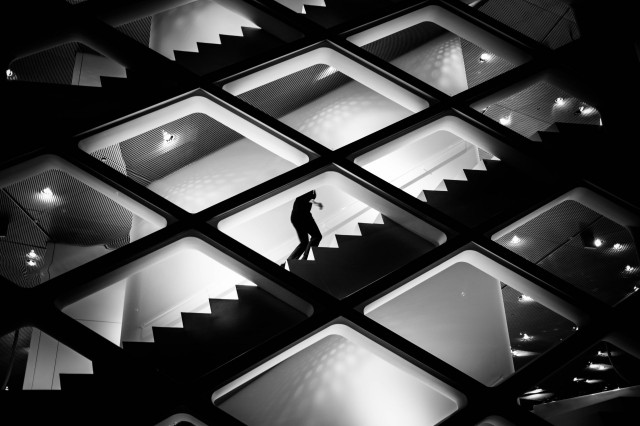 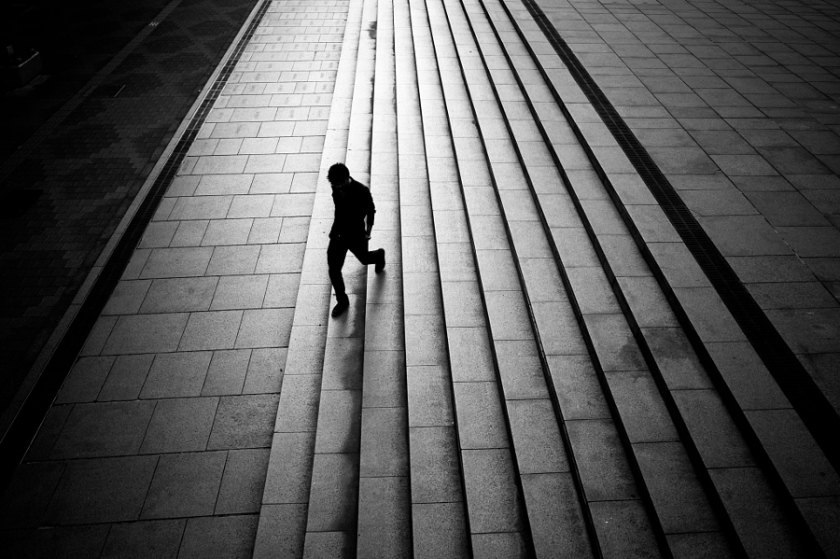 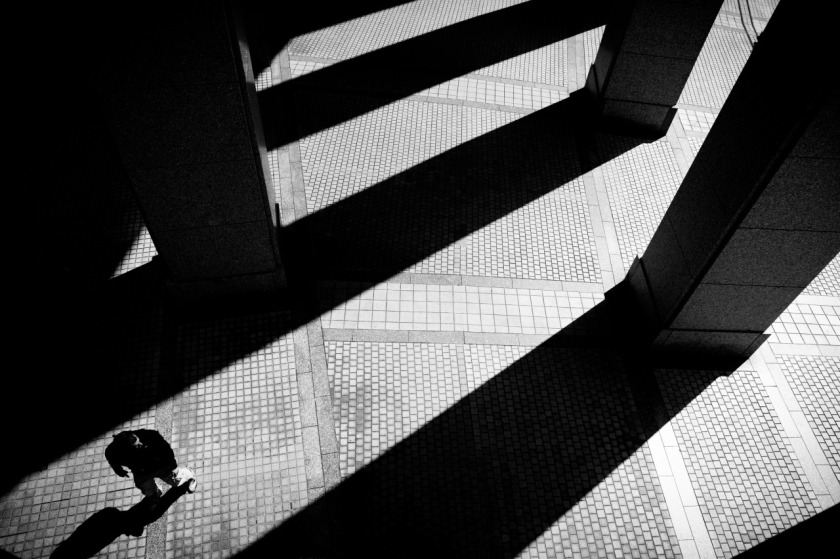 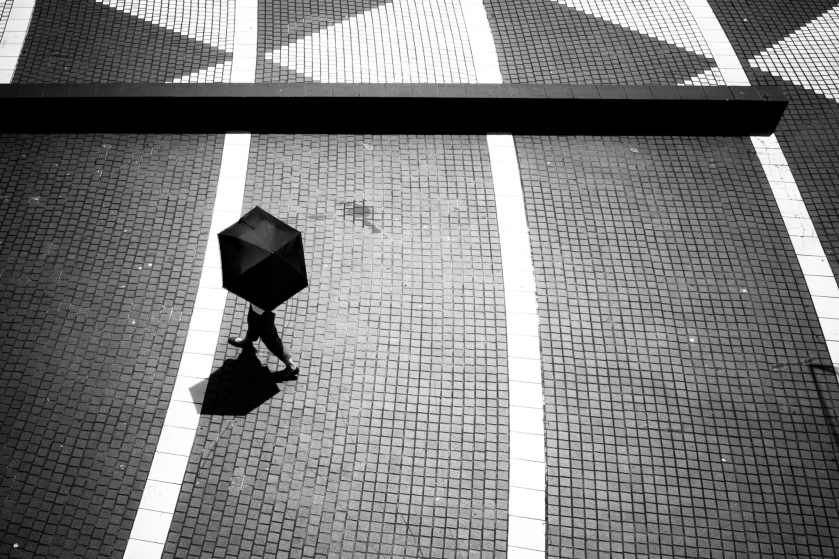